On the occasion of the first edition of a Soup for the Soul and for the Kids campaign, 13 units of the Corporate Services segment mobilized for the cause. Discover the results of the campaign as well as the various great initiatives created to contribute to its success. 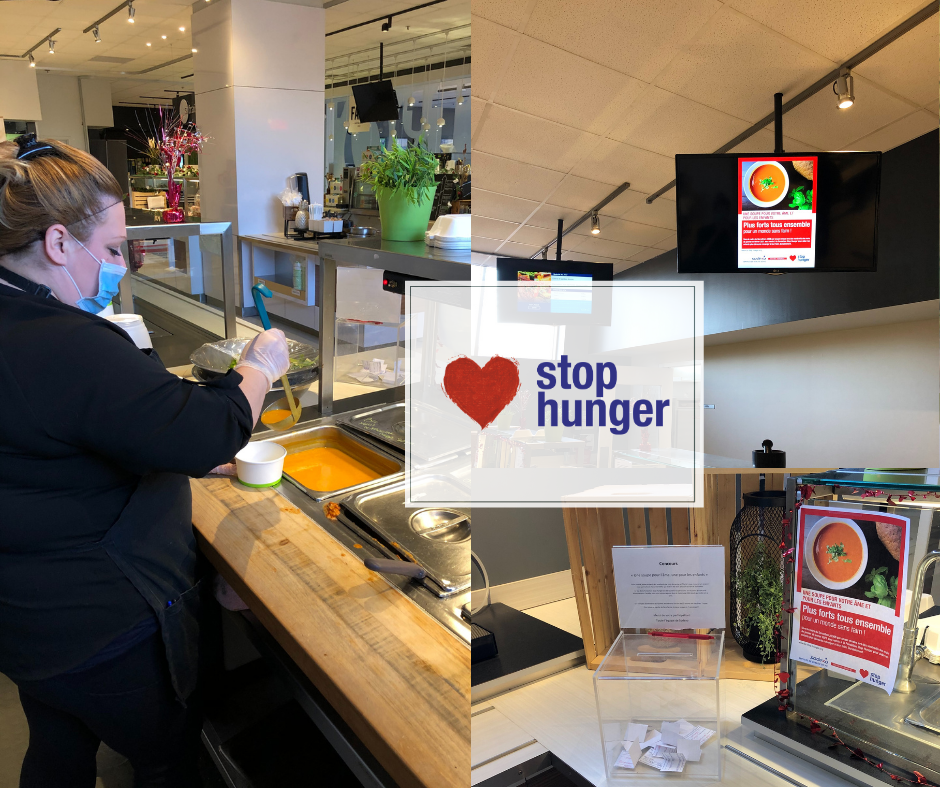 In 2021, Stop Hunger Canada was the first country to launch its Servathon - All Year-Round calendar and the initiative kicked off strong with the Soup for the Soul and for the Kids campaign. For this occasion, Sodexo's food service units were invited to donate $0.50 per soup sold on every Friday in January and February to the Stop Hunger Foundation. Despite the difficulties caused by the pandemic, 13 units of the Corporate Services segment answered the call and raised $2273.50 which will be donated to 7 NGO working in food security.

"I make it a personal mission to involve myself and my team in the Stop Hunger campaigns because I feel privileged to be able to offer 3 meals a day to my children when one in three children arrive at school on an empty stomach in Canada. In such a prosperous country, this is simply unacceptable, and I am proud to work for such a caring company that contributes to the fight against hunger. " - Éric Larocque, District Manager

The Stop Hunger Foundation is more than grateful for the work of the employees of these 13 units who mobilized with great energy throughout this campaign to raise as much money as possible to help families in need in Quebec, Ontario and Nova Scotia. Unit managers have taken several great initiatives to spread the word about the campaign to their customers and employees:

Thanks to the dedication of the employees of these units, Stop Hunger will help feed even more families and children. This contribution is even more significant knowing that this year, because of the pandemic, more than 1 in 7 families are food insecure in Canada and more than 2 million children will go to school on an empty stomach, which represents 1 in 3 children.

Thank you again to all participating units for your contribution!

For any unit, who would like to continue to make a difference, check out the Servathon calendar to see how you can contribute.