During the months of March and April 2021, our colleague Christiane Azzi supported Vanessa Anoia, a student in the Bachelor of Nutrition program at McGill University while she was doing her internship, to train 24 health care workers in the Grand'Anse region of Haiti on nutrition surveillance. Learn about the work they did and its impact. 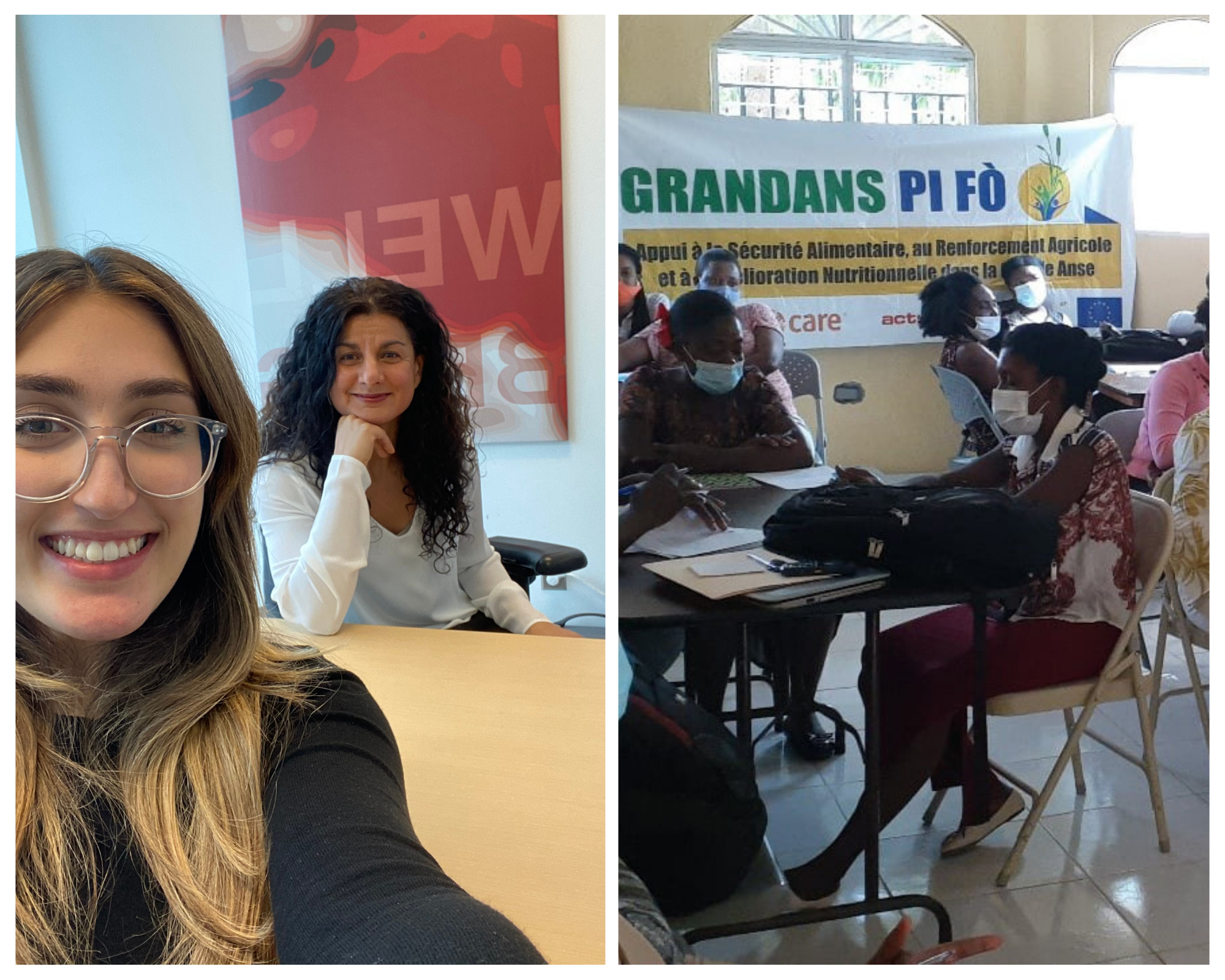 Improving the nutrition of children aged 0 to 5 years from families in extreme poverty was the objective of the 2nd Stop Hunger mission for CARE Haiti. On April 28 and 29, our colleague Christiane Azzi, General Manager at Sodexo Canada and former nutritionist, supported Vanessa Anoia, a student in a bachelor’s degree program in nutrition at McGill University while she was doing her internship, to train 24 health care workers in the Grand 'Anse region on nutrition surveillance. These health care workers will in turn train 500 colleagues on the importance of nutrition for the most vulnerable children. During this mission, Vanessa and Christiane put nearly 175 hours into planning the project, creating the training modules and the trainings themselves.

A first mission was conducted in 2020 by our colleagues from Stop Hunger in France on nutrition for pregnant and breastfeeding women, infants and young children. A total of 3 experts spent more than 30 days on these nutrition workshops, which has contributed to the professionalization of local healthcare teams and CARE.