The winners of the Montreal office's Olympiads turned down their prize in order to donate the funds for its purchase to Stop Hunger. Find out more about this great story! 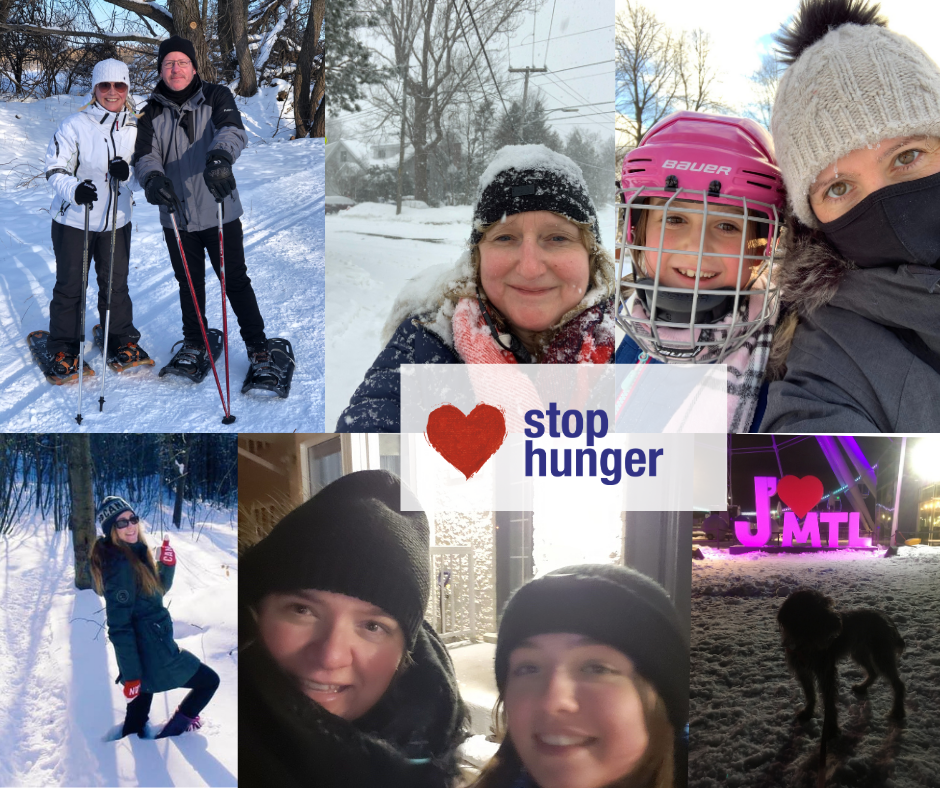 From January 25 to February 5, Sodexo's Montreal Office held Olympiads to encourage employees to return to a healthy lifestyle. For two weeks, eight teams of six people competed to compile the maximum number of steps and were encouraged to accumulate minutes of sports activity and meditation.

A fun touch was also added to the event, as teams were invited to answer a quiz on general knowledge and take part in a Scattegories competition. The event also ended with a competition where employees had to try to recognize their colleagues when they were babies on the Kahoot platform.

The team members quickly made the decision to decline the prize in order to donate the amount to the Stop Hunger Foundation. This generous gesture will donate $600 to help families facing food insecurity because Sodexo will match the contribution of its employees.

We would also like to acknowledge the performance of Mrs. Colette Samuel - Manager Housekeeping -  Minerai de Fer, Quebec who has greatly distinguished herself from her colleagues by walking more than 293,167 steps from her home in Fermont.

The Olympiads of the Montreal Office were a great success where sport, fun and learning were the order of the day and it also helped to support the fight against hunger.

Thanks again to St. Patrick Saints for your generosity!