The Servathon – All Year Round aims to strengthen the Stop Hunger Foundation's community-based philanthropy. At the beginning of the fiscal year in September, participating units and offices of Sodexo are asked to select a local food security charity for which they will raise funds throughout the year. Sodexo employees are also encouraged to volunteer and redistribute food to these organizations.

As part of this initiative, Stop Hunger offers several activities throughout the fiscal year that Sodexo employees can join. 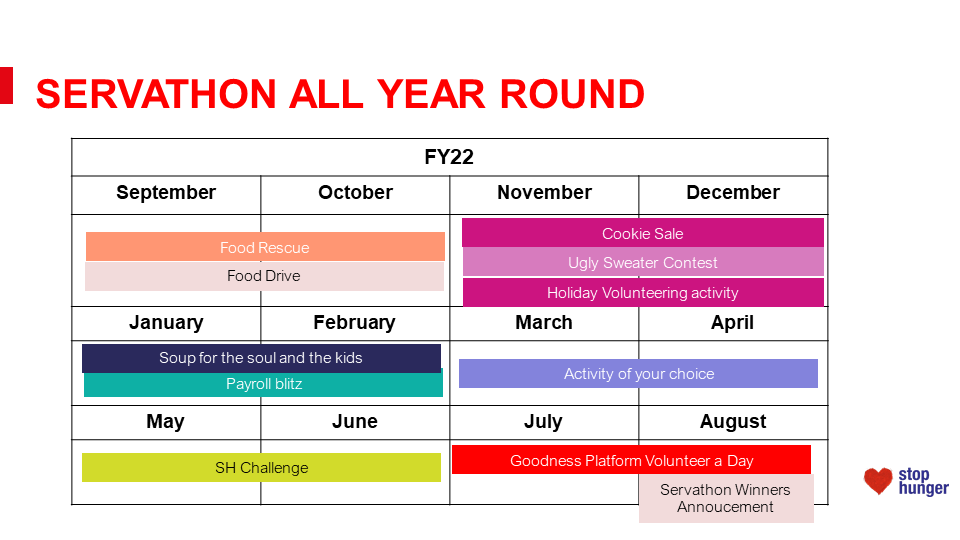 The Sodexo Stop Hunger Foundation has launched the new online Goodness Platform, a volunteering platform that connects Sodexo employees with in-person and online opportunities to serve in their community and continue fighting hunger.

If you are a Sodexo employee interested in using the Goodness Platform visit the Stop Hunger page on SodexoNet or contact us for more details.

If you are a non-profit organization fighting hunger you can register to the Goodness Platform following these steps.

Ready to do more good for a hunger-free world? Stay tune for our volunteering stories comming soon! 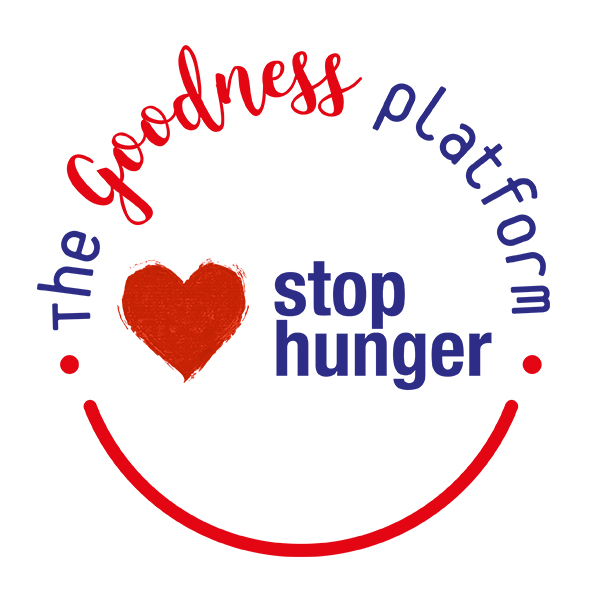 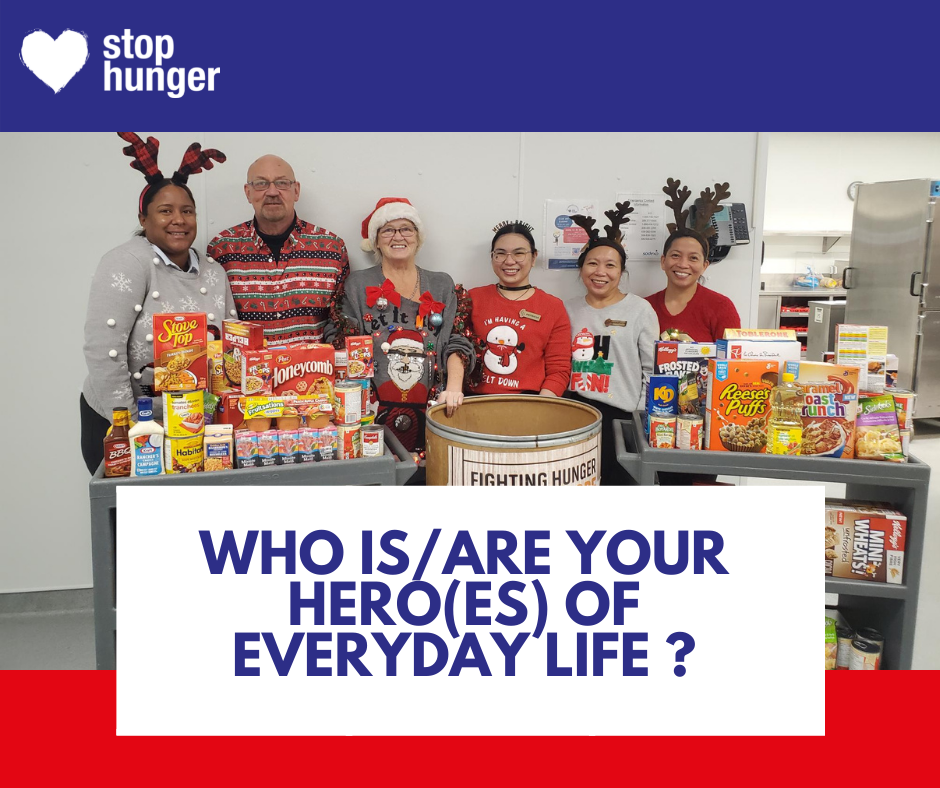 The Hero(es) of Everyday Life Award recognizes Sodexo employees who are helping to reduce hunger in their community. The individual or group of individuals may also be involved in a cause other than food insecurity, but that cause will take priority. Each year, Stop Hunger Canada selects 3 nominees or 3 groups of nominees who will have the opportunity to make a donation to the charity of their choice. The most involved candidate or group of candidates will receive a $1000 donation while the two selected individuals or groups will receive a $500 donation.

The Stop Hunger Foundation is interested in receiving nominations for a Sodexo employee or group of employees who are regularly involved in their community by volunteering or organizing fundraising or food drives. 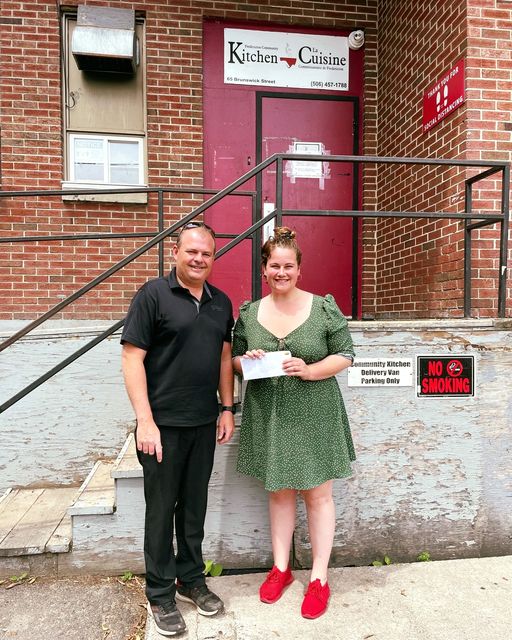 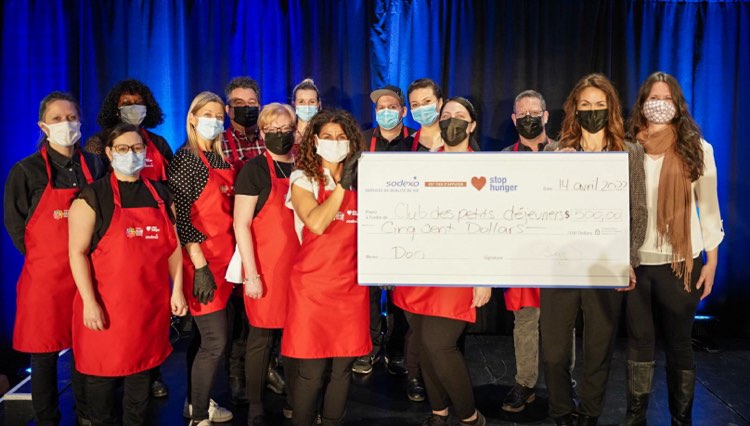 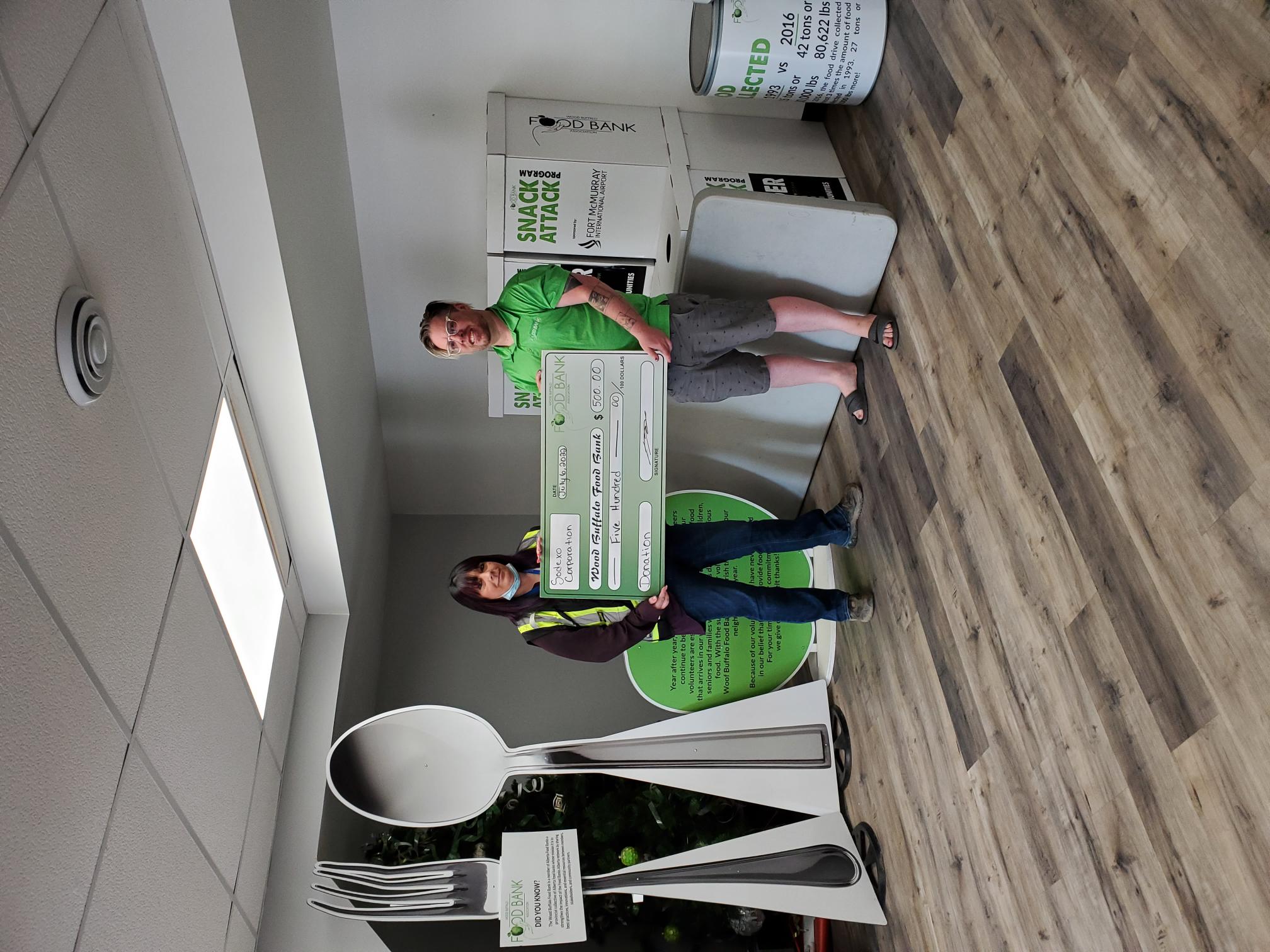 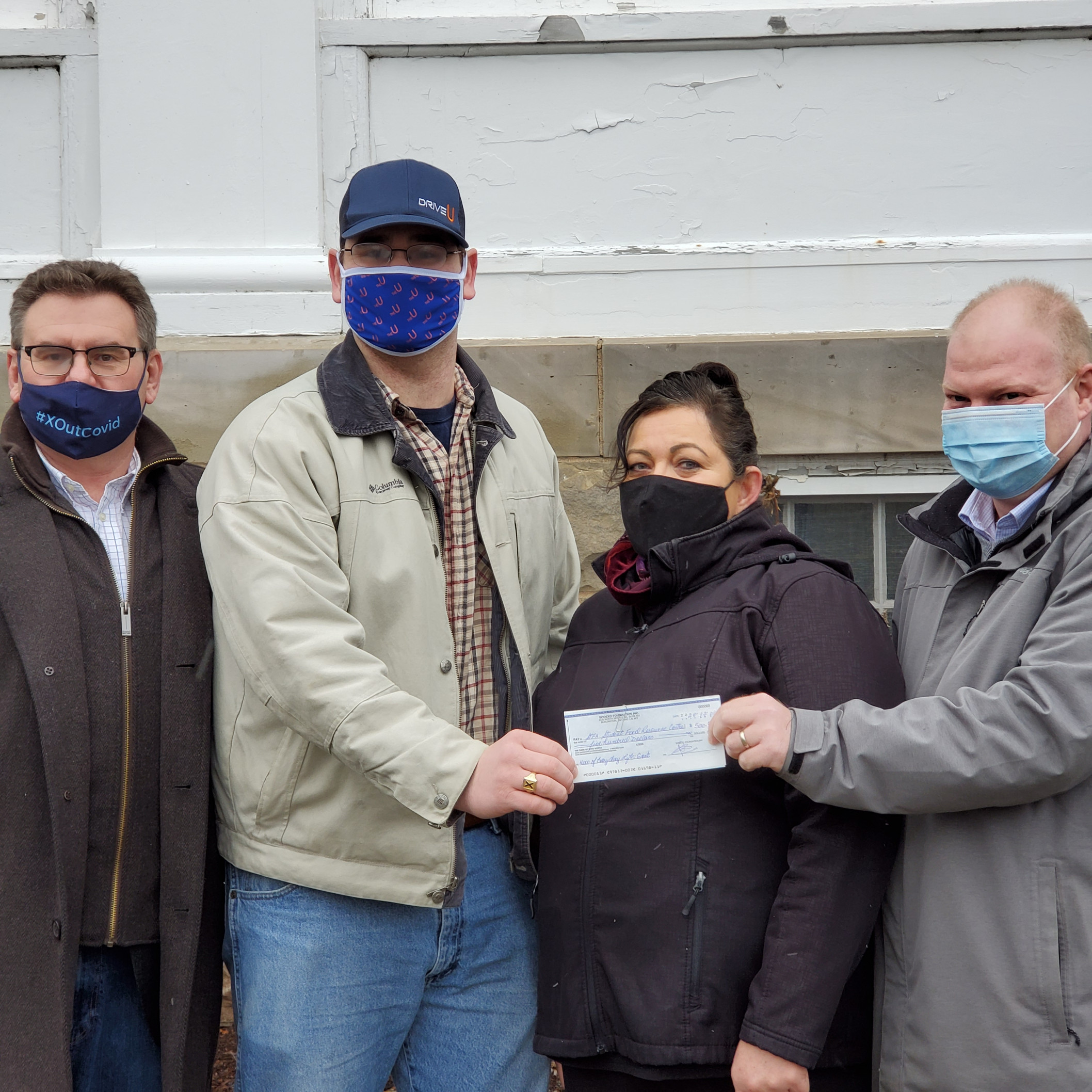 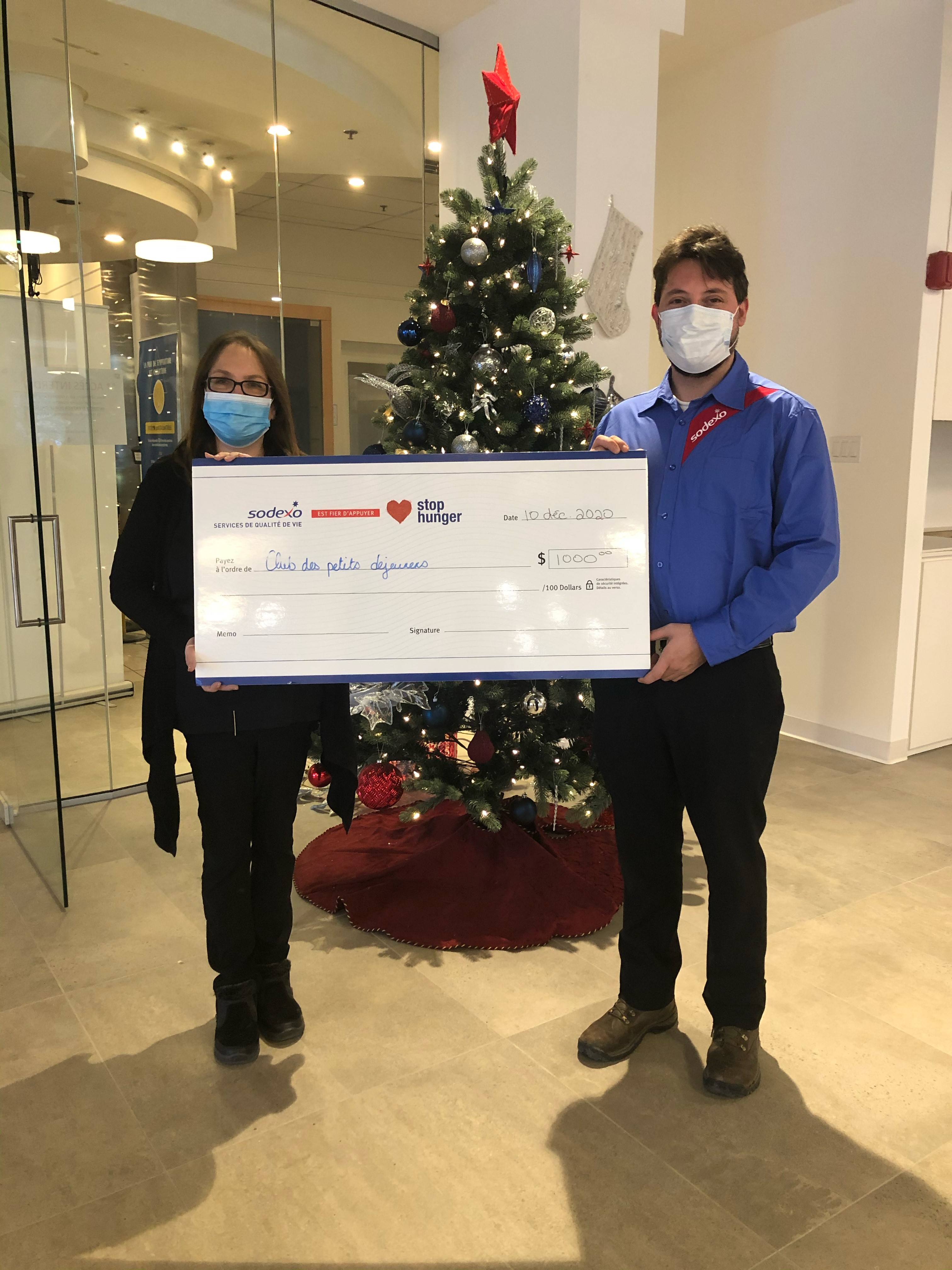 Sophie Giguère and Gregory Mertenat, both from the Danone unit in Boucherville, Quebec, pictured with the $1,000 cheque donated to Breakfast Club 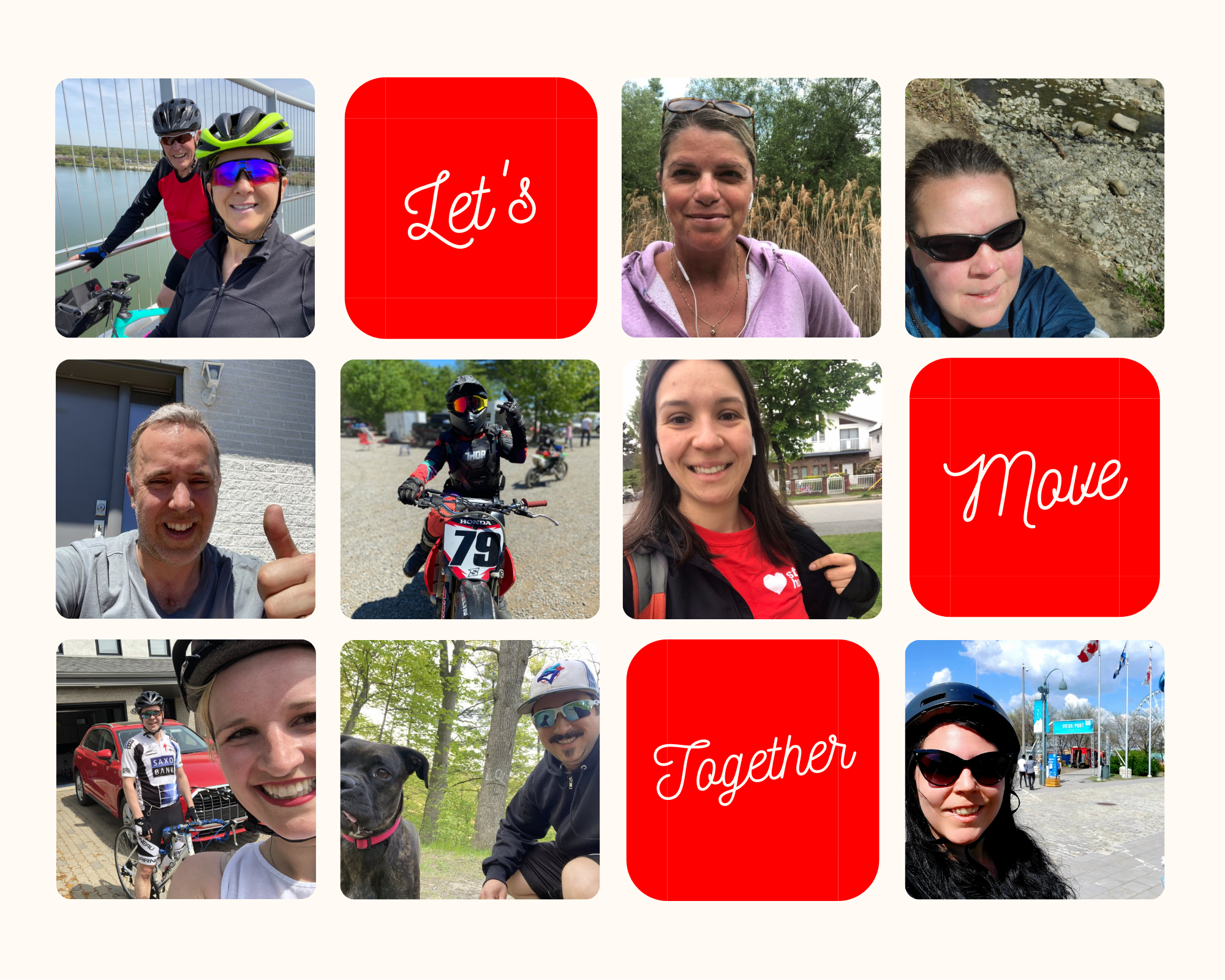 This annual event is a great opportunity to connect with your colleague, work as a team and take care of yourself while making a difference in your community. For 4 weeks, in teams of 6, panticipants will have to perform as much physical activity as possible while raising money for the Stop Hunger Foundation.

The Prize to Be Won

In addition to feeling much fitter and prout to have contributed to a good cause, the winning team will have the opportunity to significantly increase their contribution, as Stop Hunger will match the amount they have raised, up to a maximum of $5, 000, and donate it to the cause of their choice. The top athlete in the competition and the participant who raised the most money will also be rewarded for their efforts.

How Does the Competition Work ?

Other tools and resources 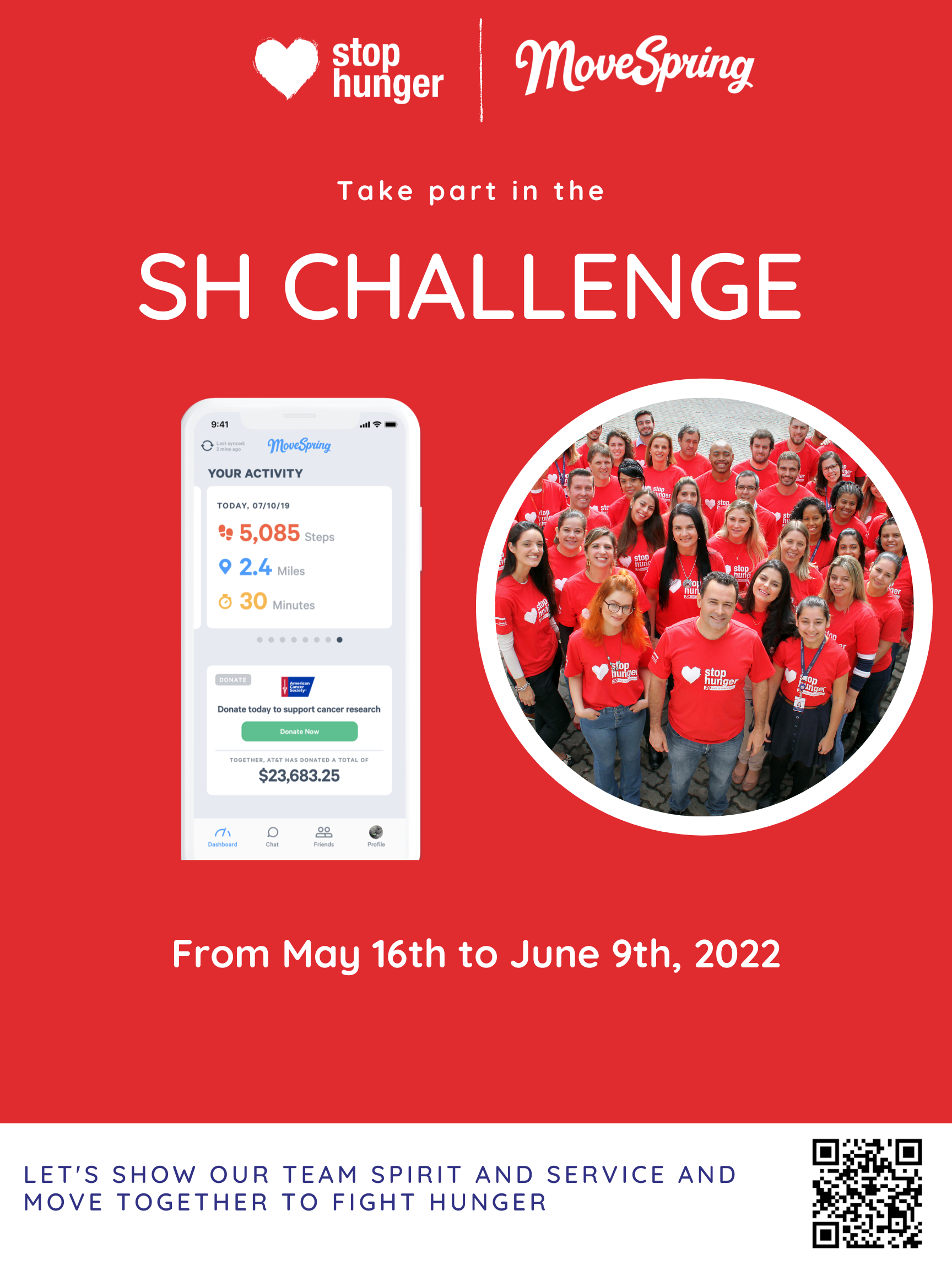